Sidney C. Huntington’s location is in the vicinity of what was a former nearby Athabascan fish camp dating back to records from an 1880 Census map, formerly known as “Natulaten” or in today’s Koyukon Athabascan language, “Notaalee Denh.” In 1918, the City of Galena was established as a supply hub for mining opportunities along the Yukon River. A small local school was formed in the mid-1920’s when Galena’s population was just 30 people. The majority of Galena residents were Athabascan Indians who had relocated from nearby villages to join the community.

The original school for Galena’s children was located in “Old Town,” on the banks of Yukon River at the south edge of the Galena Air Base (which is now the site of the Galena Interior Learning Academy). The current school was built in 1974 following a devastating flood that led residents to relocate on higher ground near Alexander Lake.

Our school honors founder, Sidney C. Huntington, an Athabascan elder who was widely respected across the state of Alaska for supporting education of Galena’s youth. His efforts in the early ’70s led to the development of the Galena City School District. Not only was he involved with the creation of the District, but he also served on the local school board of education for 21 years. In 2011, the community rewarded him with recognition of his work by naming the school after him. 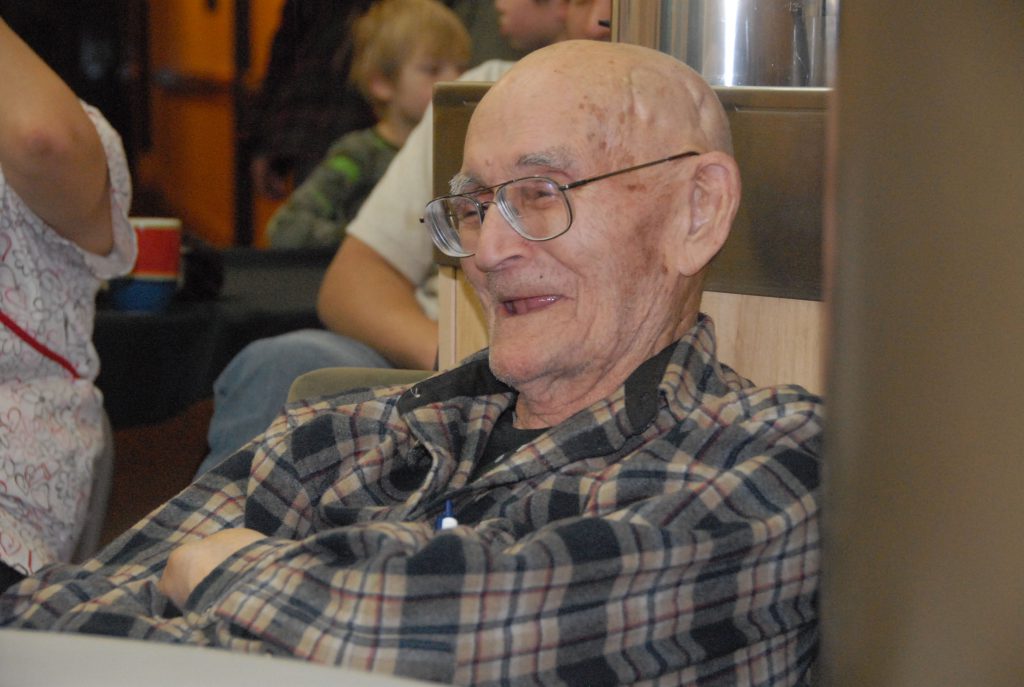 Sidney Huntington (at the age of 98) during the annual graduation ceremony.
Photo by Paul Apfelbeck

On May 10, 2015, the Galena community honored and celebrated Sidney C. Huntington’s 100th birthday. His transformational contributions to the city, state and region as well as to both the Galena Interior Learning Academy and Sidney C. Huntington schools were recognized, appreciated and admired through a traditional potlatch. Stories of his life and his tremendous impact on education were an inspiration felt by all and we will be forever grateful for his steady-hand, immense character and his stewardship. Mr. Huntington’s favorite quotes reads “Make life worth living: work hard, keep up a good spirit, and have a good attitude towards others. This will take you a long way in life.” Each day, we strive to personify these traits and ensure they remain pillars of our educational philosophy within Galena City Schools.