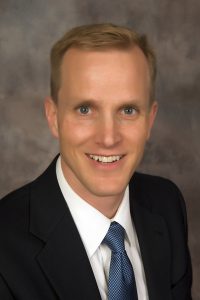 In 1830 American poet Oliver Wendell Holmes published “Old Ironsides” commemorating the pivotal role this warship played in America’s victory over Great Britain during the War of 1812. Old Ironsides destroyed or captured eight British warships and helped unify America behind the war effort. Holmes’ beautiful tribute (portion of it below) helped pave the way for the establishment of Old Ironsides as a national shrine 100 years later on this 16th day of March 1930.

“Her deck, once red with heroes’ blood
Where knelt the vanquished foe,
When winds were hurrying o’er the flood
And waves were white below,
No more shall feel the victor’s tread,
Or know the conquered knee;—
The harpies of the shore shall pluck
The eagle of the sea!”

As a proud American and lover of history, I have been blessed to have had the chance to tour Old Ironsides in the Boston harbor, reflecting on its role as a symbol of hope and unity during the worst of times – war.

Speaking of battles, I am pleased to report that annual academic competitions that Galena City School District students participate in were held. During February, GCSD students competed in the Battle of the Books statewide competition and placed as follows:

While proud of our students’ accomplishments in the Academic Decathlon and Battle of the Book competitions, Team Galena also celebrates each GCSD student’s individual growth and academic achievement thus far this 2020-2021 school year. I am especially grateful for the in-person education at SHS & GILA and the student growth that has occurred during this worldwide pandemic, and I am thankful to all of GCSD’s stakeholders for focusing on our students’ academic growth and social/emotional health during this past extraordinarily trying year.

March is also a busy month for IDEA and GILA as each program prepares for our spring and summer advertising and enrollment campaigns. Recognized statewide as an innovative district, GCSD continues improving enrollment and advertising campaigns targeting social media platforms, especially Google and Facebook. We provide prospective families focused content regarding GCSD’s educational opportunities to help them choose the most appropriate GCSD program to meet their student’s needs.

In closing, GCSD delights to serve all of our new and returning families and students. Please contact me at the phone number above or the email address below if you would like to discuss any aspect of this letter in greater detail, or if you would like more information on any district initiative.